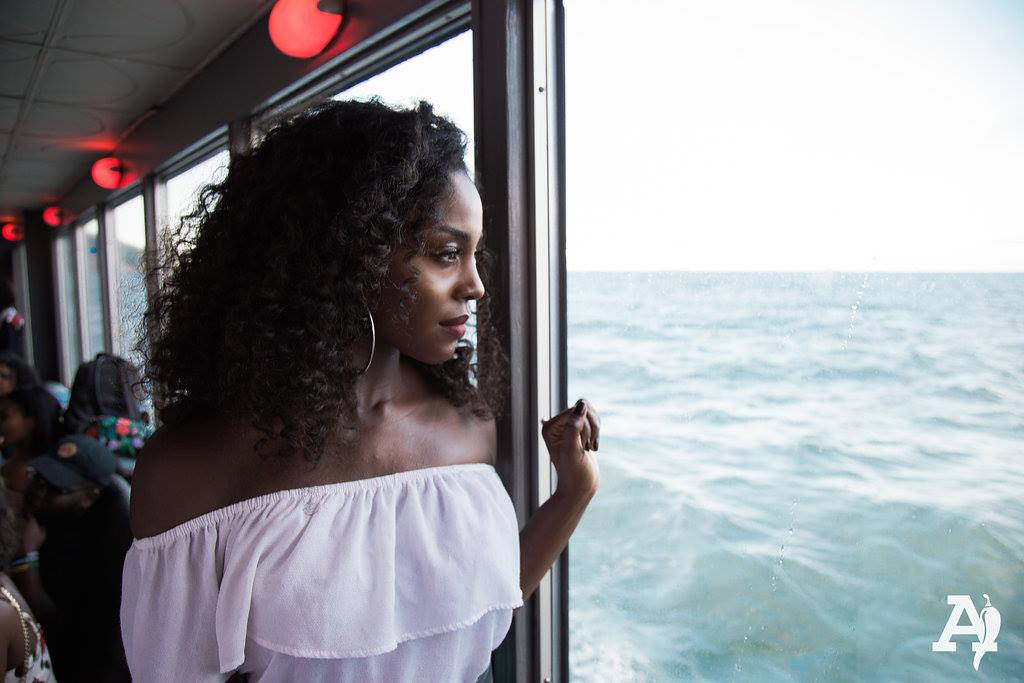 Shortly after landing at Dulles International Airport, a man collapsed and died on the airport walkway. His name was Kwabena Attah.

Kwabena was a Ghanaian-American on his way back to the U.S. from Accra. He was the second of 3 passengers who died this year on the same United Airlines flight 997 from Accra to D.C. The DC-bound plane landed early on Sunday, February 6th, to the delight of the passengers, including myself. But as I made my way down the walkway, I noticed a commotion. Two female passengers were on their knees attempting to resuscitate Kwabena, who had collapsed and lost consciousness. Instinct forced me forward. I, too, found myself on my knees, applying pressure to his chest in an attempt to revive him. Ten seconds later, Kwabena regained consciousness. My heart was still racing. I have never been so close to a dead man.

My eyes darted around the walkway in search of help. United staff and airport staff were standing motionless while a man was struggling for his life. Biting back anger, I implored them to call the paramedics. I don't know how long it took to make the call, but paramedics did not arrive for another twenty minutes. They approached us without urgency. Kwabena clutched my hand. He did not let go even after cops ordered me to leave the area.

Kwabena was still gasping for air when an EMT asked him to get up from the floor and walk to the gurney. When they realized he couldn't, they lifted him onto the gurney. Then, they turned their backs and began to chat among themselves. I looked at Kwabena. He did not look like he was breathing. I called out to the EMTs. They tried to resuscitate him. But it was too late. Kwabena Attah's lease on life had come to an end.

Kwabena Attah was a Ghanaian American. If immigration were an Olympic sport, Kwabena would have won gold. An African with the most powerful passport a black man can have. The blue of America, with its olive branch and arrows, clutched in an eagle's talons. This is the dream that many Africans migrate out of the continent to pursue. "Become American or die trying." A mindset almost as powerful as the American Dream.

When Kwabena Attah attained the American Dream, he assumed he was getting the complete package that came with being American. But unfortunately, he forgot George Orwell's cardinal lesson. White skin, good. Dark skin bad.

I cried when Kwabena died because the manner of his passing reflected a truth that every black person knows - black people everywhere are treated as subjects, even when we are citizens.

Black women are nearly three times more likely to die after childbirth than white women because of a healthcare system that seems to be made for others first. The financial institutions deny mortgage loans and attempt to restrict the refinancing gains we qualify for. Cops humiliate and threaten us when we try to withdraw our money from the bank. Venture capital underfunds and underrepresents us.

Is there anywhere in the world where we can truly be safe?

In the federalist papers, American founder Alexander Hamilton posed a question that would become the cradle from which the United States drew its first breath.

"It has been frequently remarked that it seems to have been reserved to the people of this country, by their conduct and example, to decide the important question, whether societies of men are really capable or not, of establishing good government from reflection and choice, or whether they are forever destined to depend, for their political constitutions, on accident and force."

No modern African nation-state was formed by reflection and choice. Our current nation states exist through accident and force by virtue of the Berlin Conference and the Atlantic slave trade. The consequences of this decision linger.

The American founding fathers started a new country because they were tired of paying too much for tea. What could black people build, given the luxury of reflection and choice?

The year is 2050. You flash a QR code at a monopod at the airport. A quick scan, and you're through. Thanks to the network of Afropolitan cities stretching over it, your unique digital ID has become a portal to every corner of the globe.

You arrive at a city that glistens like an illusion with a blend of frontier technology and traditional African architecture that reminds us of how our forefathers once lived. Lush gardens dance among serene common spaces. Artists pull from communal funds and express their genius in the sky and on the walls. The last fraudulent politicians have been audited and fired automatically by the network. Able young men and women replace them. The age requirement for public service has been lifted. Founders, the backbone of our nation-state, thrust us into a techno-industrial frontier fueled by the enlightenment of the educated citizenry. We have won another World Cup. Throngs assemble in a victory parade. The nation-state is home. It feels like a family reunion. Here, Africa's diversity in ethnicity, religion, and language is no longer a source of conflict; it is the foundation upon which a rich and varied society thrives. A community where each citizen owns a stake in the surplus wealth created by the network and puts the "common" in the Commonwealth. A symbiotic relationship with the nation-state is the incentive you need to devote yourself to its cultivation. You are the spear's tip that ushers a world where Africans are at the vanguard instead of pressed under the heel.

You are Afropolitan: a citizen of the world's freest, wealthiest, and most dynamic civilization.

How do we build Afropolitan?

Human beings are social animals. All that is good and noble about us stems from our need for each other. In the most basic sense, building a new country is a process of scaling a social network around shared goals and principles. Social networks are formed online and tend to stay there in our lifetime. But what if we built a new network and migrated it into the real world via a city (or Network of cities)?

Crypto-philosopher Balaji Srinivasan highlighted this as the most viable strategy to build such a country — which he calls a Network State — in the 21st century. The Network State is a digital nation launched first as an online community before materializing physically on land after reaching critical mass.

The internet enables people to organize around shared values at a scale that would have been unthinkable before the current century. If it were a country, Facebook would be the largest global network state. With the advent of cryptocurrency, the next Facebook will not be a social network with a passive online community but rather a full-blown digital republic coordinated by its native currency and a unifying mission.

What, then, could Afropolitan be? Viewed as one, the 150-million-strong African diaspora would be the 10th largest country in the world. (Without considering the 1.2 billion people in Africa and counting)

The diaspora is our North Star.

The best way to reform an obsolete system is to build a new one. Afropolitan's objective is to solve the Crisis of Legitimacy experienced by Africans worldwide by establishing a new source of legitimacy embodied in our Digital Nation.

We plan to do this in four phases:

In Phase 1, we will seed our Network by communicating a clear and energetic vision for the world we plan to build. We will drop an NFT campaign outlining the mythology of our new nation. Afropolitan NFTs will also grant members a digital passport, alongside access to events and future value-added services.

PHASE 2: COME FOR THE NETWORK, STAY FOR THE TOOL

Speaking of value-added services: Beyond the diaspora, scaling the Afropolitan Network requires us to provide maximum utility to our members. In Phase 2, we will launch the Afropolitan Super App to consolidate all the utilities within the Afropolitan ecosystem under one roof. Members can monitor their holdings, send money to associates, business partners, and family across borders, earn digital currency by contributing to the DAO, and buy goods and services. Most importantly, thanks to a native media feed, they will be able to watch the Network extend itself around the world. It has the potential to be one of the most significant proposition movements of our time.

Our focus for Phase 3 will be preparing our transition from the digital to the virtual. Our goal at this stage is to build up legitimacy through state capacity. We will create a network of seed institutions to govern our Network, including subsidiary funds, organizations, and a developing internal economy.

Finally, in Phase 4, we will leverage the Network, capital, and legitimacy accrued over the previous Phases to acquire land in negotiation with partner governments. The "Afropolitan Town" land piece will mirror existing communities like Chinatown, where our members can establish a physical presence and create economic opportunities. At this stage, the Network State will serve as the "digital capital" which governs our physical Districts. Over time, we plan to build a more extensive network of Charter Cities akin to Singapore and Hong Kong.

On my first day of orientation in law school, I was walking down the hallway when I saw a fellow Black student walking