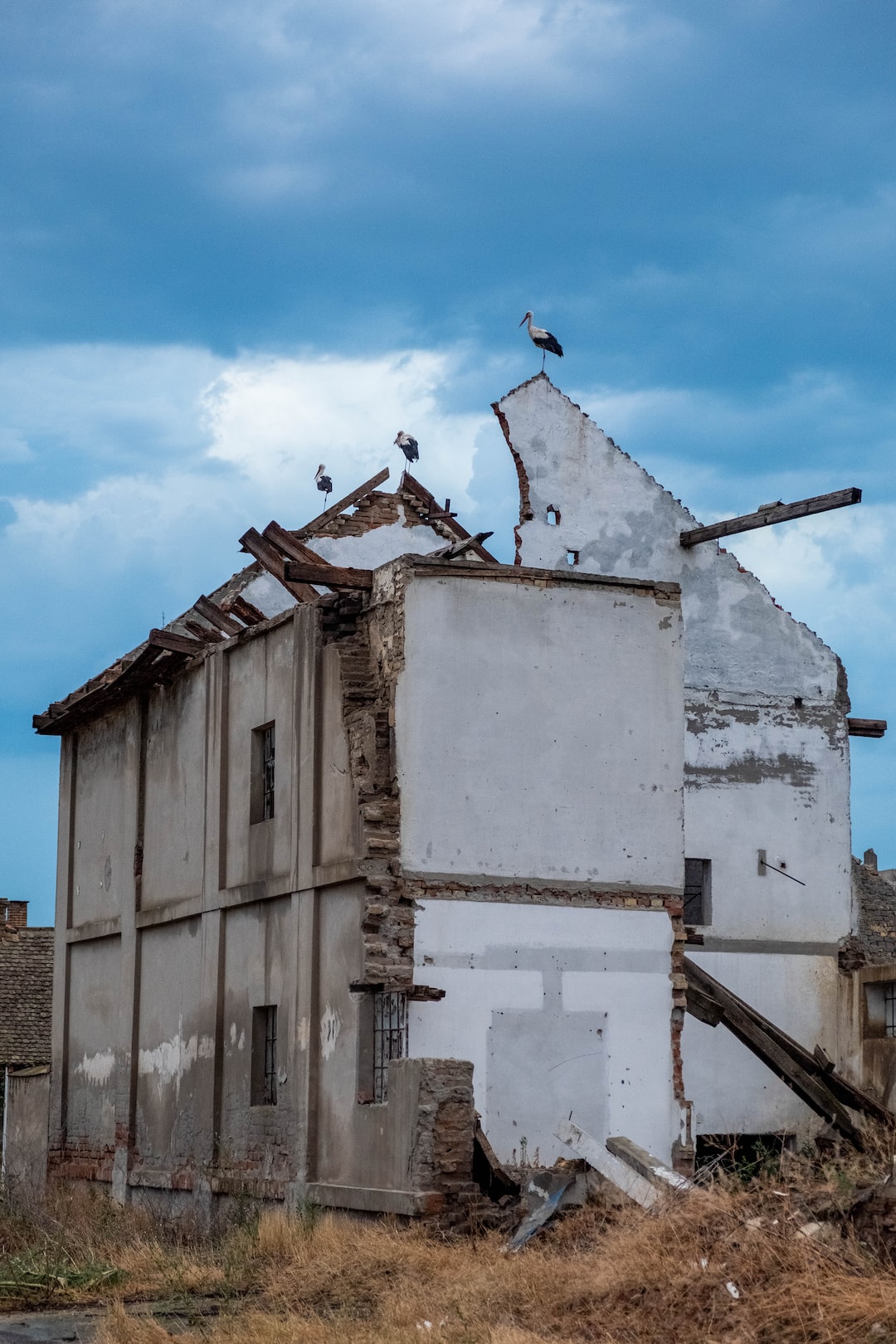 The house had begun to sink a few years ago. Each month, it plunged deeper into the ground. At first, it seemed like your eye might be playing tricks on you. You would stand there asking, is this building tilted? Am I seeing that right? Eventually, it was undeniable. The right side of the building was a good number of feet lower than the left. The tenants had no choice — they had to leave what had been home to them and their children. And this wasn’t their fault; they had no hand in causing this problem. This was all due to the carelessness of the building's developers.

The developers had built on a poor foundation and now the tenants were paying for it.

Bad governance is doing the same to African startups.

Picture a house with a weak foundation; the boards are creaking; the roof is leaking; visible cracks have appeared on load bearing walls. The owners of the property want to fix the house, but instead of repairing the weak foundation, they opt to fix the lights, paint the walls, and install an air-conditioner. These owners have convinced themselves that if they fix the lights, install a fan and paint the walls, the weak foundation will take care of itself. Yet it does not matter what they do with the lights, fans, walls, or windows. Eventually, the fragile foundation of the house causes it to collapse.

In the first half of 2022, African startups raised over 3 billion dollars in funding, putting them on track to beat the 4 billion dollars funding raised in 2021. Although reports on the exact value vary from one source to another, one thing is unanimous: Africa’s startup ecosystem has been seeing progressive growth over the years. With each successive year for the past 5 years, startups have consistently at least doubled the amount of funding received. This is encouraging and not at all surprising given the continent’s young and growing population. Add rising penetration of internet accessibility and the application of technology to the endless local problems being faced on the continent and you have infinite entrepreneurial opportunities.

However, this narrative of growth is only half of the story. According to a 2021 report published by the Boston Consulting Group, although seed funding continues to grow across the continent, only 3% of African startups make it past Series B funding. When compared with the rest of the world, Africa had the lowest return on VC investment over a five-year period. Between 2015 and 2020, Africa reported the lowest return on investment at 2.7 per cent. Asia/Pacific, the US and Europe reported 11.1, 12.1, and 15.6 per cent, respectively.

What is stifling us?

Startups in Africa have to deal with complicated and in some cases directly hostile regulatory policies. In 2020, Lagos put out a complete ban on motorcycles that led to the death of several fast-growing ride-hailing companies. In 2021, Nigerian crypto exchanges found themselves innovating around a Central Bank order to shut down the accounts of people and companies transacting with cryptocurrency.

According to a survey carried out by Ernst and Young, Nigeria’s unfavourable regulatory environment was the second biggest challenge faced by fintech startups. The survey also reported that compliance with regulation was identified as the most challenging policy area in the current business environment.

Recently, the governments of Ghana and Cameroon have imposed new taxes on transactions carried out via mobile money. The Nigerian Government has also implemented a similar policy by including a five per cent excise duty tax to all telecom services in the country. Taxes like these threaten to disenfranchise lower-income communities, undoing the years of work it took startups to bring these communities into the financial system.

When we look at the larger narrative, it begins to feel as if the African state is working against startup innovation. As a startup, you can only succeed as much as your environment permits you. The environment that has been created by African governments appears to be working against startup growth, and in some situations has directly led to the death of startups. The foundation laid by the African state is faulty.

Like the parable of the sower in the bible (Matthew 13:1-9), where seed sown on anything but fertile ground fails to reach full potential, enterprise leaders in Africa keep sowing in sub-optimal conditions leading to stifled growth. Despite best efforts, our start ups are fighting a losing battle. Time and time again, the best intentions, talent, and resources, sown into infertile ground end up in unfulfilled potential.

To return to the story I began this article with, it took the new owners of the parcel of land over 6 months to lay a new foundation. The old structure had to be completely removed.

The point is simple: To ‘fix’ a weak foundation, you have to build a new one.

The foundation laid by our nation states is weak. The nation-state experiment has failed for Black people worldwide. It has yielded nothing but poverty, genocide, police brutality, ethnic strife, inflation, weak government, and the failure of our ecosystems. At Afropolitan, we are rethinking the idea of a nation-state, by proposing a Network State. The Network State is a digital nation launched first as an online community before materializing physically on land after reaching critical mass. We are building the first ever internet country.

Afropolitan is building a Network State.

Web3 has democratized these concepts. With cryptocurrency, it is possible for people in completely different parts of the world to partake in commerce using a currency not regulated by any of their nation states. Virtual reality makes it possible for communities of people to share a space without the restriction of visas or travel. The idea of a network state is built on the ability to curate a community on the cloud, and when we reach a critical mass, migrate into the physical world through local and interconnected enclaves spread across the globe.

Our community will be able to form and share ideas fluidly without the bounds of geography or the challenges of travel. In the new Network state, entrepreneurs will have access to sustainable funding, talent and experienced support.

Join us on the journey to the future. We've laid out our master plan in our manifesto. Afropolitan is looking to onboard the most dedicated and ambitious people to join our fledgling Network. We care less about what you've done and more about who you aspire to become and how we can all be better together.