From a Scarcity Mindset to a Mentality of Abundance 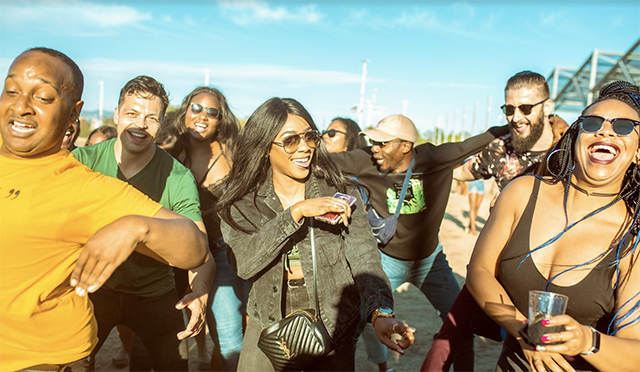 Psychologists, and practical observations of human beings, inform us that a person's psychology is significantly shaped by their background, upbringing, experiences, and environment. A person's emotions, mindsets, attitudes, behaviors, and worldviews are formed considerably by where and how they grew up, their family circumstances, their relationships, their interactions, and the conclusions they draw from the totality of their experiences growing up or living in a particular place or time.

One person's experience may also be the collective experience of all others who exist in the same place, time, and circumstance. In addition, the weight of the collective experience may seep through to future generations through the lingering effects of the earlier generations' collective experience. People may continue to suffer from the influences of previous psychological trauma. Avoiding this outcome is why it is critical to ensure that every person worldwide is allowed to grow up and exist in a place that offers the best possible life experience. People should be able to grow up well-adjusted and free from psychological and emotional complications and from damaging mindsets.

Take Africa as an example. The historical exploitation of the continent by too many domestic and foreign malevolent actors and the current widespread public misgovernance have, as we all know, led to the underdevelopment of economic systems in Africa. The resulting underdevelopment has had impacts beyond the economic deprivation of the continent's people. The consequences further include the creation of a scarcity mindset among the general population, a mindset that yields attitudes, outlooks, worldviews, interactions, and actions that are crippling in many ways.

For instance: If there aren't sufficient opportunities and pathways for people to advance economically, it would appear rational to fight ferociously and hoard available growth pathways for oneself or one's family or sub-group. Suppose those in power engage in state capture and privatize public resources for themselves in a place with insufficient economic advancement opportunities. In that case, the political process may become a brutal and vicious zero-sum game played by those competing to attain power and, in so doing, capture the state for personal gains.

If most people are economically disadvantaged, then the few economically advantaged ones may, naturally, become targets of resentment by the majority of the people. And the relatively few advantaged people may develop an insecure mindset that drives further actions and reactions, creating a ruthless loop. Suppose all this inevitably leads to a situation where everyone is responsible for themselves. In that case, the atmosphere might not be conducive to creating or fostering a cooperative, trusting, harmonious, whole-of-community-minded society. In sum, a scarcity economy creates and fosters a scarcity mindset.

Effects of the Atlantic Slave Trade

Historian and journalist Howard W French, in his 2021 book Born in Blackness: Africa, Africans, and the Making of the Modern World, 1471 to the Second World War, traces the horrendous impact of the Atlantic slave trade on African societies. Driven by warfare amongst kingdoms, nations, and peoples competing for resources, land, and dominance; cynically goaded by rapacious buccaneers from faraway foreign lands to haul out war-conquered peoples as fodder for the Atlantic slave trade—the practice of selling people from outside one's own community or area became widespread as the slave trade involving African peoples persisted for 400 years. French asserts that this practice brought about a lack of trust in neighbors and neighboring communities, spreading widespread suspicion of others—which, over time, created conditions that ultimately worked against the development of healthy democracies and large-scale social and political cooperation across the continent. (In many African languages, an untrustworthy person is usually described as "someone who can sell you.")

French quotes the historian Walter Hawthorne's conclusion that "The Atlantic slave trade was insidious because its effects penetrated deep into the social fabric … the slave trade pitted neighbor against neighbor." French supports this conclusion and argues that "… over time, this began to seriously erode even the closest of social relationships … [causing] the haunting echo of a wound that one carries down through generations, a constant flinching as one lives in expectation of another grievous blow."

Currently, a torrent of steps are being taken to change the scarcity economy of Africa: from the policies of development-oriented governments to the operations of financial technology companies to the activities of private actors such as The Tony Elumelu Foundation. One other objective of these steps, beyond directly reversing the harsh economic circumstances of most people on the continent, is eliminating a scarcity mindset. Achieving that objective by altering the people's economic situation, of course, requires many approaches. One innovative approach is the strategy of the Afropolitan Network State, which launched in early 2022. (This writer is related to a co-founder of Afropolitan, Echeme Emole.)

As stated on their website, "Afropolitan is creating a Digital Nation to enable all Africans to build abundant lives." They aim to "solve the Crisis of Legitimacy experienced by Africans worldwide by building a new source of Legitimacy embodied in our Digital Nation." They "propose the Network of Abundance: Abundance of Tools, Abundance of Opportunity, Abundance of Joy." They position the innovation of the Afropolitan Network State as one that would enable Africans both at home and in the diaspora "to be all you can be. Afropolitan is the canvas; you wield the brush." As a curator for Africa and its diaspora, the Afropolitan Network State asserts that it is "building a network comprising the best that Africa and the diaspora offer across art, finance, technology, health, sports, and media."

Clearly, in this digital age, the developed and developing technologies of the period must be leveraged to create abundance for Africa and its diaspora. The Afropolitan Network State is doing just that—while heroically inspiring others to join in translating the continent and its diaspora from a scarcity mindset to a mentality of abundance.

*Emole is an international energy law expert and writer.