In the new world, travel is a human right 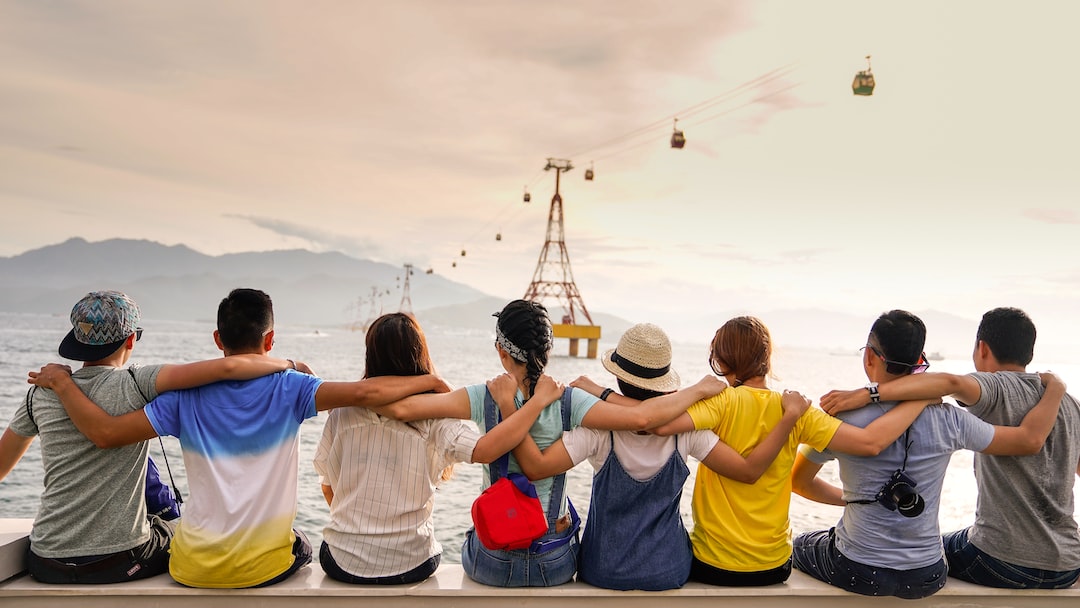 I was going to visit Jamaica during my master's year. I was in New York, studying international affairs at Columbia University. The year was 2011.

Spring break was approaching and my friends and I were contemplating where to travel for the holidays. Amongst us, we had nationals representing four of the seven continents. I was the only African. We were a real blend of ‘far apart’ cultures and diverse experiences.

As we debated different destinations, Jamaica fell into the conversation for its beaches, its people and its vibrancy. I was excited, we all were. We immediately began planning the trip. One of us, Tammy, booked a beautiful villa with a charming host. I booked my ticket and paid for the fare along with everyone else. We were set to fly out of town by the second week of spring break. Nothing could come in the way of what was meant to be an exciting trip —at least, that’s what I thought.

Two days before our departure, a friend from Lagos came to visit New York and spent the night at my place. As we spoke as friends do, I mentioned to him that I was leaving for Jamaica in a few days. I laid out my plan to him in impressive detail; If he could not come with me, he would very much live through my own excitement. It was in my conversation with him that I, for the first time, confronted the peculiarities of travel that being African presented me with.

“Do you have a Jamaican Visa?” He asked me.

The question baffled me. Why would I need one? In all of our meticulous planning, no one had brought up the need for a visa.  Atop of that, this was Jamaica, a Black nation, much like the one I came from. I was certain I wouldn’t need a visa to visit a place I could easily call home. A place where my skin colour would mean little more to everyone else. Why would I need a visa to visit here? Especially when non-Africans didn’t. I thought that in the worst case, they would offer visas on arrival.

How wrong I would turn out to be?

On checking the necessities for travel, I found that I did need a visa. To make matters worse, for reasons unfathomable to me, my Nigerian citizenship meant that my application would have to be sent from New York to Jamaica. I was confused but I applied nonetheless, imagining this would only mean a slight delay of a few days. I visited the consulate day in and day out to follow up with the application. I pulled all the connections I had, hoping for something. All to no avail.

My visa did not come till the very last day of the trip, the day everyone was to return.

I missed the trip.

This is a familiar story to many Africans and Black people around the world. This story of access - or better put - the lack thereof. By virtue of the place we were born, we find ourselves unable to freely move around the world.

These stories are endless. Stories of people’s personal experiences, standing by embarrassingly at airports as other nationalities walk past, staring at them as if they were criminals. In a 2016 article for Quartz Article, Ciku Kimeria writes about her experience in Turkey. She had been in Bangladesh presenting and participating in the Dhaka Literature Festival. She spent a few weeks touring Singapore and Malaysia, and was to return to her home country of Kenya, with a layover at Istanbul, Turkey. Airport officials assured her that she could get a day transit visa at a dispensing machine but she found that this would not be the case. In her essay, Ciku describes her experience at the machine.

The first question on the screen read “Are you a citizen of the USA, UK, Germany, France… Chile, South Africa?”

I am a Kenyan citizen.

“Are you holding a valid visa for USA, UK, Germany… Chile, South Africa?”

Uhhmm. No. I am generally issued 10-day visas, two-week visas, one-month visas for certain countries if I am very lucky.

The next message on the screen read, “Unfortunately you are not eligible for a transit visa.”

Just like that, I realized that my Turkey experience would be lived at the airport. I got back to the information counter sad at the realization that a valid Chilean visa was more readily accepted than my Kenyan passport.

I was led to a huge football stadium of a bedroom—filled with other black people, brown people, and some Arabs – those of us passport undesirables. I was shown my makeshift bed, given a pillow and a thin blanket. “You can stay here ’til your flight, tomorrow.”

Africans at the top of their industry — including even the great novelist Chimamanda Ngozi Adichie — have written countless twitter threads and stories about the never ending struggles of travelling while African. The Nigerian writer, El Nathan John’s 2019 thread comes to mind. In 2021, Nigerian athletes missed out participating at the World Athletics in Poland because the US Embassy denied their visas for an ‘unknown reason.’ How can we compete if we are not even able to get to the arena.

Even within Africa, Africans cannot move freely. It is easier for a European to visit Egypt than it is for a Libyan citizen, even though Libya shares a border with Egypt. There is a growing list of people who have visited every single nation on the planet but none of them is African or of African heritage or holds only an African passport. We do not have the same access that the rest of the world has. Most European travellers have access to over 110 countries without visa, while the average African is lucky to have access to up to 70 countries. This lack of access stifles our ability to live, express and even dream about the future.

We are denied access to resources: material and immaterial, all as a result of our heritage.

When I first read the Afropolitan vision, and its promise of a nation offering abundance, it spoke to me. It spoke to all of the various versions of trauma life as an African has dealt me. Within it, I recognised my own experiences. I could see the sacrifices I had been forced to make all my life: leaving friends behind in Nigeria to school abroad, in the hopes of escaping a failed education system. I recognised the trauma of being denied a US visa three times before finally getting into the country for my university studies.

I recognised the trauma of having to transport my wife thousands of miles away from home to give birth to our children, so they could get citizenship in another country just so they could have better access than I had. I recognised the trauma of uprooting my family from Nigeria and relocating to the UK after building a life for over a decade, because our governments simply did not prioritize our welfare.

Seeing myself so clearly represented in Afropolitan’s mission is why I believe in it.

It’s why I believe in a network state without borders — one that empowers people like me to dream without limits. Founded by Chika Uwazie and Eche Emole after frustrations with Black mobility and our community’s lack of access to the perks of today’s globalized world, Afropolitan plans to be a new model of governance. A truly democratic state where the welfare of citizens trumps individual gain; a nation that champions the success of Black talent, by providing citizens access to capital, employment, information, and experiences that enable us to thrive and create infinite futures. A new dawn for Africa is here — the Afropolitan Network State.