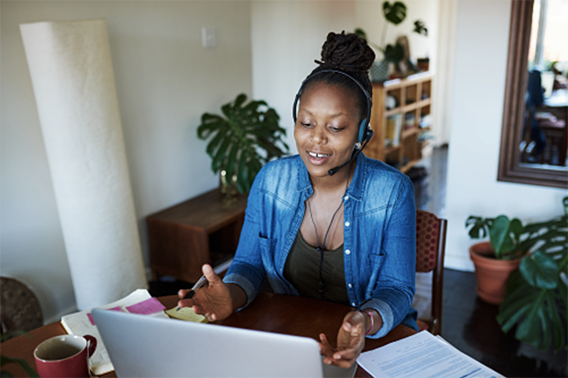 Africa is the continent with the youngest population. 40 percent of Africans are under the age of 15, compared to the Global average of 29 percent. 70 percent of Sub-Saharan Africans are under the age of 30. Africa’s young population should indicate a promise for the future. It should indicate future potential, but with youth unemployment as high as 60 percent in some countries, the story is much different.

For this essay, I spoke to Tobi, a 26-year-old graduate of Urban and Regional Planning, who until recently had been unemployed despite graduating from university in 2017. Between when Tobi first entered the job market in 2017 and 2020, the unemployment rate in Nigeria rose from just over 20 percent to a staggering 33 percent. The corresponding youth unemployment rate is 53 percent.

Worrying still is that this is a trend all across the continent. Of the unemployed population in Africa, 60 percent are youth. A report put out by the African Development bank showed that one-third of people between 15 and 35 were unemployed and another third were vulnerably employed. This is an incredibly disconcerting statistic for a continent with such a young population.

What is the reason for this?

The unemployment crisis can partly be traced to an inability to create jobs at a rate equal to the need for them. In Nigeria, universities, on average, produce 500,000 new graduates annually. This is compared to the 251,000 formal jobs created a year (according to a 2015 estimate by Open Data for Africa). Nigeria is only able to create enough jobs for half of those in need of it.

The problem is much the same across the continent. According to the African Development Bank, only 3 million new formal jobs are created yearly compared to the 10 - 12 million new entries to the labor market.

There is also a mismatch between the skills being acquired by young people and the needs of the available jobs.

“Practically most of what you do in school is not useful in the real world.”

This was Tobi’s sentiment during our conversation about her time being unemployed. Growing up, her dream was to become a Petroleum Engineer.

Tobi mentioned to me in our conversation that she had initially intended to study Petroleum Engineering. After two years of trying at two different universities, she eventually gave up on engineering and settled for what was available to her. One of the reasons she missed out on engineering was because a university she applied to required that she had studied further maths and technical drawing at her O levels, which she hadn’t. This points to a curricular problem.

In 2020, Tobi finally managed to secure a job as a brand manager for a store - at least, that was the job she applied for. When after the first week, her responsibilities comprised mostly of cleaning and buying food for other staff, she quit. The salary of 40,000 Naira ($54) a month was not worth the physical labor.

Where some people are lucky enough to be employed, they are often underemployed.

The job gap has had a myriad of consequences on the continent. For one, there are now more entrepreneurs. According to the Worldbank, 4 out of every five employed Nigerian works for themselves, and 67 percent are Youth. People have realized they can no longer wait for someone else to create jobs.

In line with this trend, Governments have attempted to set up interventions that empower more youth entrepreneurs. But according to a Brookings Institute Report, these interventions fail because only a small number of entrepreneurs in Sub-Saharan Africa find success, and they are rarely able to subsequently hire fellow young Africans.

There has also been a talent drain. The last couple of years has witnessed an increase in the emigration of skilled labor from Nigeria. Many industries are seeing a steady outflow of labor. The biggest hits have been tech and medicine. In the past 8 years, more than 5,600 doctors have emigrated to the United Kingdom.

In this story, scarcity is eating deep into society and stifling what we can become.

For too long, this scarcity has been the leading narrative for Africans.

At Afropolitan, we believe this does not have to be the case, and we have a plan for how things can be different.

What does Africa look like when graduates of the art or sciences don’t have to look for jobs in banks but instead can find ways to apply their skills? What does it look like when we form a community of young people that can innovate and support themselves because they have had access to the right resources?

We are in Phase one of our four-phase master plan to create a network state. We are building and expanding a network of people that understand and believe in the dream of the world we are trying to build. We will drop an NFT campaign outlining mythology for our new nation. Afropolitan NFTs will also grant members a digital passport alongside access to events and future value-added services, like connecting to the best jobs around the world.

We are embarking on a long and taxing journey. Our destination may be clear, but the path is uncertain. As we launch Phase one, Afropolitan is looking to onboard the most dedicated and ambitious people to join our fledgling Network. We care less about what you've done and more about who you aspire to become and how we can all be better together.

To get involved, you can join our mailing list first to get a sense of our community. You can also learn more about us on our website.