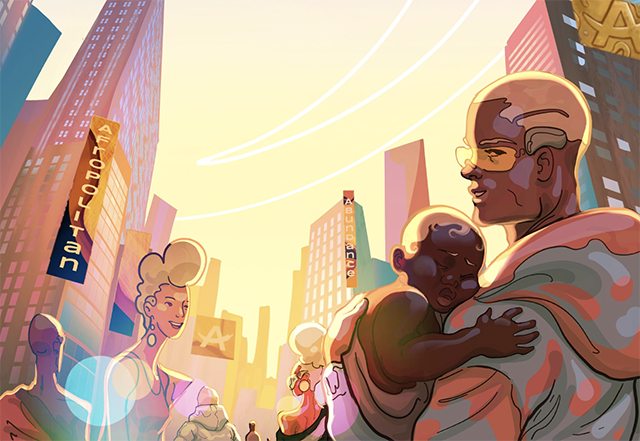 While watching the U.S.A v. England World Cup match in Qatar 2022, a thought popped into my mind. If the U.S.A. vs. England game had been played 400 years ago, King James 1 would wonder why the game was England vs. the U.S.A. instead of England vs. England, as every player on the pitch would have been an English man. How was it that 400 years later, England would play a football match against another country founded by other English men?

From Shared DNA to Shared Purpose

In 1620, a merchant ship set sail from Plymouth, a port on the southern coast of England. Onboard the Mayflower were 102 pilgrims, 74 men and 28 women, hoping to begin a new life in the new world. Unlike the Puritans, who sought to reform and purify the Church of England, the pilgrims believed the Church of England was beyond redemption and set sail for the new world with people of like minds and a shared purpose. What the pilgrims shared with other Englishmen was tribal DNA, but it was no longer enough to keep them together under one nation. They came together with people of shared values and purpose to travel to the new world that eventually became known as the United States of America. We make this distinction not because the U.S.A. is perfect but as an example of what is possible when people of shared purpose come together to chart a new course.

Many of the issues that have plagued us in Africa can be traced back to rivalry among different ethnic groups. In Kenya, ethnic rivalries between tribes have stifled their political process for decades. In Nigeria, ethnic tensions have driven a wedge between the dominant tribes. The Hausa man does not trust the Igbo man; the Igbo man does not trust the Yoruba, and the minority tribes distrust the dominant tribes. Across Africa, a parallel storyline plays out in different arenas. Elections are won by appealing to the tribal loyalties of voters. However, decades of playing on tribal loyalties have not yielded any meaningful progress for African countries. 9 out of 10 countries with the highest poverty rates are African. In Nigeria, the northern region accounts for about fifty percent of the population, with more Nigerian leaders coming from the north than any other region in the country. Yet out of 133 million multi-dimensionally poor people in Nigeria in 2022, sixty-five percent are in the northern part of the country.

At Afropolitan, we have started our pilgrimage to a new world. We have kicked off phase one of our master plan and are recruiting our first 500 citizens for our journey. Unlike the original pilgrims, we do not set sail on the high seas, but our Mayflower is the internet. We seek to build the first-ever internet country for the African diaspora because we believe the African nation-state experiment may be beyond redemption. It has yielded nothing but poverty, genocide, police brutality, ethnic strife, inflation, weak government, and the failure of our ecosystems. To achieve our goal, we seek to build a best-in-class network of the best that Africa and its diaspora offer across multiple sectors, primarily in art, finance, tech, health, energy, sports, and media.

Why is the internet our Mayflower?

According to Balaji Srinivasan, "Today, if we assess where we're at, there are four possibilities for the new frontier: the land, the internet, the sea, and space. Currently, there are 7.7B people on land, 3.2B on the internet, about 2-3M on the high seas, and less than ten in space." From an African perspective, the internet represents a frontier that enables us to unlock more opportunities at scale. In recent times, the internet has served as the primary distribution mechanism for the African culture. Our music, movies, and art have been consumed and distributed primarily through the rails of the internet.

What more could we achieve if we doubled down on the internet?

The internet enables Africans to organize around shared values at unthinkable scales before the current century. If it were a country, Facebook would be the largest one globally. With the advent of cryptocurrency, the next Facebook will not be a social network with a passive online community but rather a full-blown digital country coordinated by its native currency and a unifying mission. In simpler terms, at Afropolitan, we're building a new country for Africans and the diaspora. We start as a highly aligned online network with shared values and purpose.

We are embarking on a long and taxing journey. Our destination may be clear, but the path is uncertain. As we launch Phase 1, Afropolitan is looking to onboard the most dedicated and ambitious people to join our Network. We care less about what you've done and more about who you aspire to become and how we can all be better together.

To become one of our first 500 citizens, apply to become a founding citizen.

From a Scarcity Mindset to a Mentality of Abundance

Psychologists, and practical observations of human beings, inform us that a person's psychology is significantly shaped