The birth of a new nation

We are creating a global network state of the best that Africa and its diaspora stand for, from art to tech, health to media, finance to sports, and more.

A new era of abundance

Afropolitan is building a digital nation to enable all Africans, its diaspora, and its allies to live abundant lives. We are creating a foundation built on a new ideology of abundance to accomplish our mission.

Society is still entrenched in old, colonial systems favoring zero-sum games in a scramble for scarce resources. To break free, we need to look back at our heritage and reclaim our ancestors' abundant mindset through history and mythology.

These stories are the fundamental fabric of any nation, and Afropolitan is taking this into the digital age. We have curated 500 works of art - each represented by its own unique character - that signify the pioneering 500 members of our emerging society.

The founding citizen passports feature highly specialized traits from luminescent skins to starlit eyes. They represent the diversity of our young nation and the promise of an infinite future for all of us everywhere.

Afropolitan is offering 500 founding citizen passports to give holders access to the digital nation we are building.

Benefits of early citizenship include:

‍The Afropolitan Network
‍Get access to a global community of professional builders who understand your needs.

Afropolitan Peer Support Group
‍Accelerate your journey as a builder in curated peer working groups where you can learn and lean on each other. These groups of 5-8 people will be curated by Afropolitan to meet once a month.

Curated Meetups
‍Come together with builders throughout the Afropolitan community at virtual and in-person gatherings.

‍The Plug
‍Access to a member-only platform that facilitates new connections with like-minded builders to share ideas and network.


These digital passports are available by application only.

To start, we will create 500 founding citizen passports for the digital country we are building. To honor the birth of a new nation we wanted the art to be children that represent a fresh start. Each child was handcrafted to showcase the beauty and richness of Africa. We collaborated with Oghosa who brought this vision to life.

Beyond just basic ID info, each passport will have artistic traits unique to each piece, symbolizing our new society's future. Think of it as a private club membership with cultural and educational experiences, but made much more powerful by the opportunity to create an impact with like-minded builders. 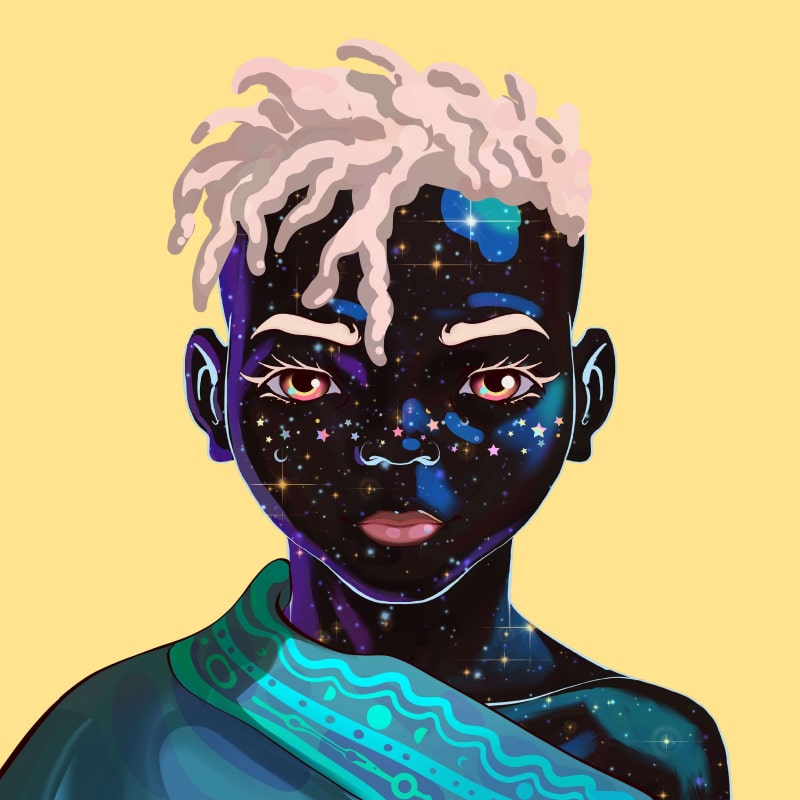 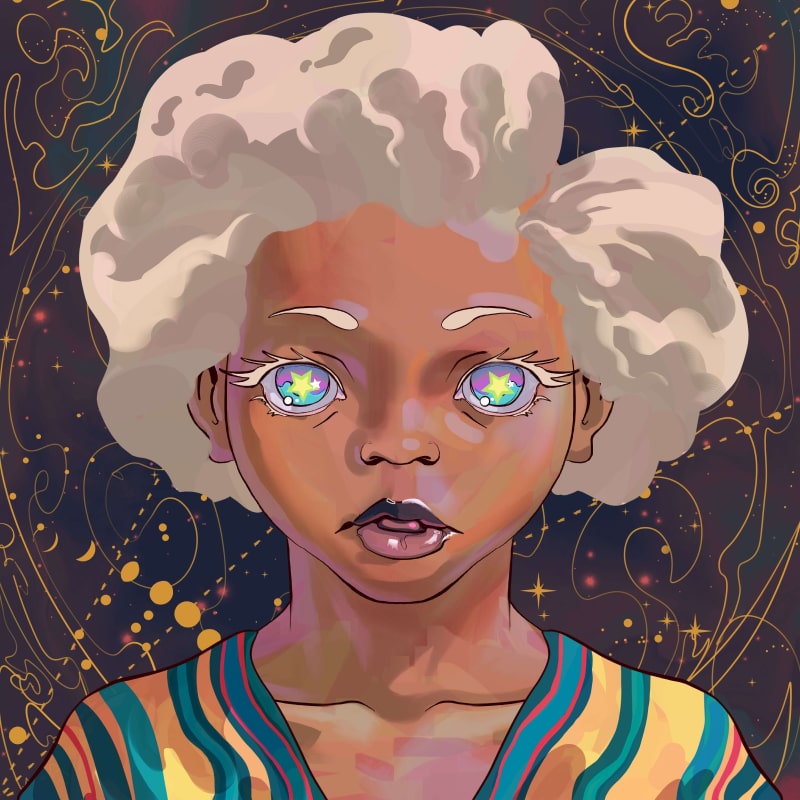 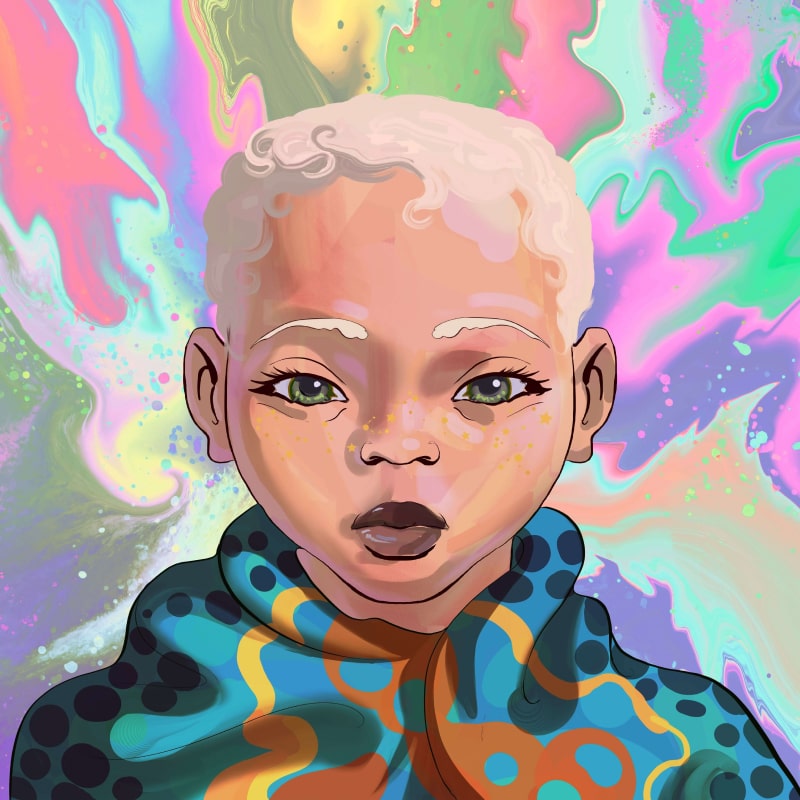 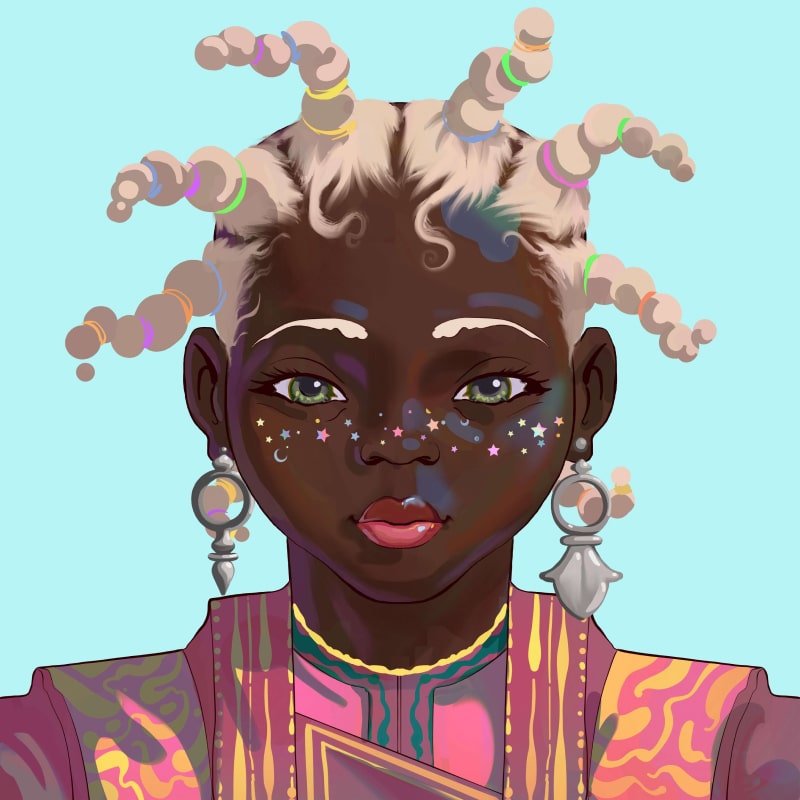 A collective working together is stronger than any single member.

We believe in our world where the strength of Africa, the diaspora, and its allies is through the collective. The way we change the world is through access and trust. Join the movement. 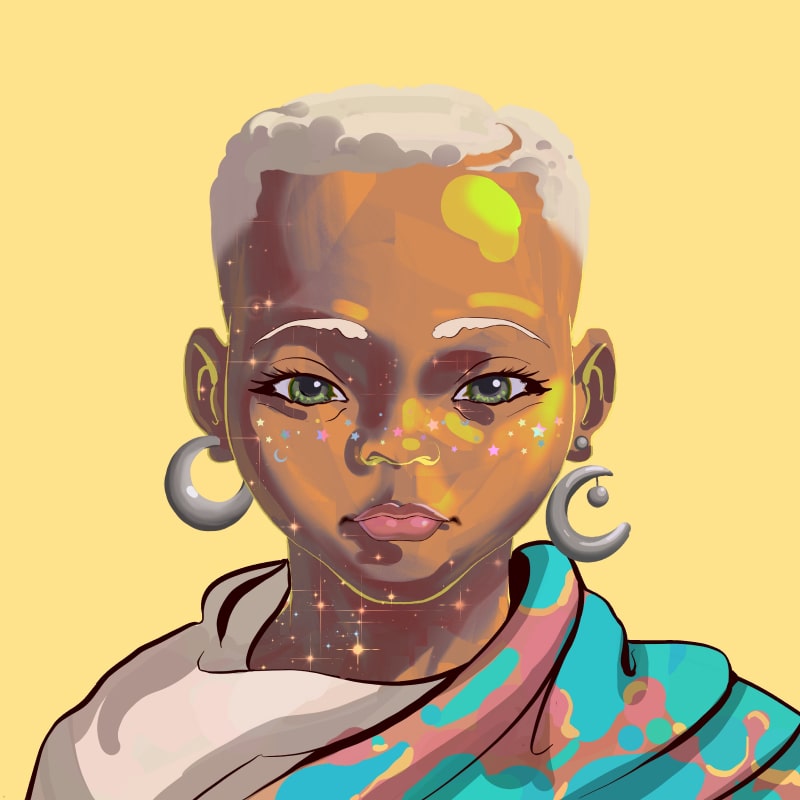 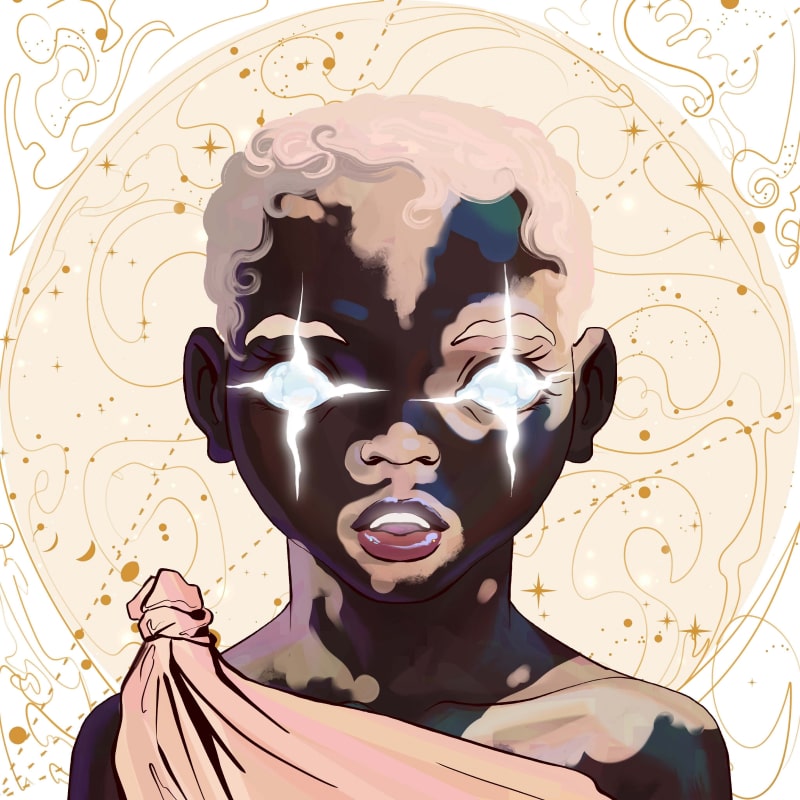 Artist looking for beauty in everyone with a tendency to overthink everything.
Oghosa 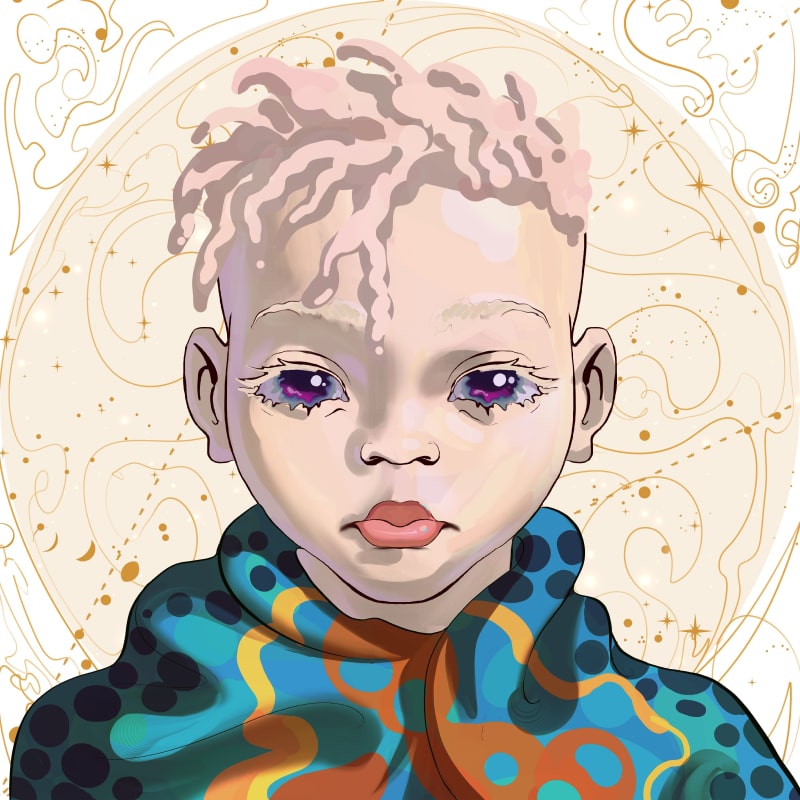 strategist, creator, and can’t be touched in connect four.
Mike 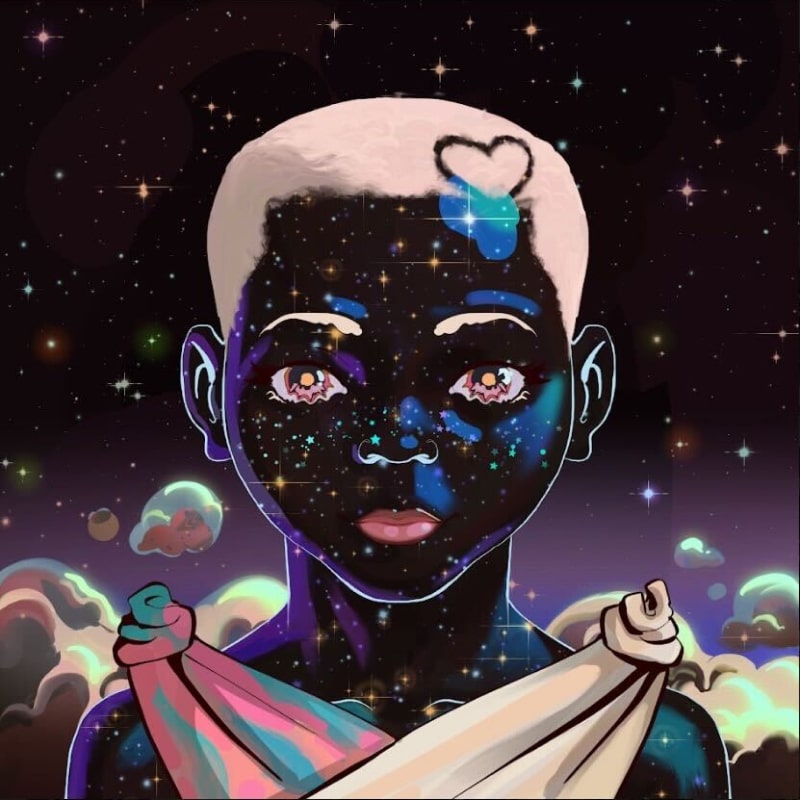 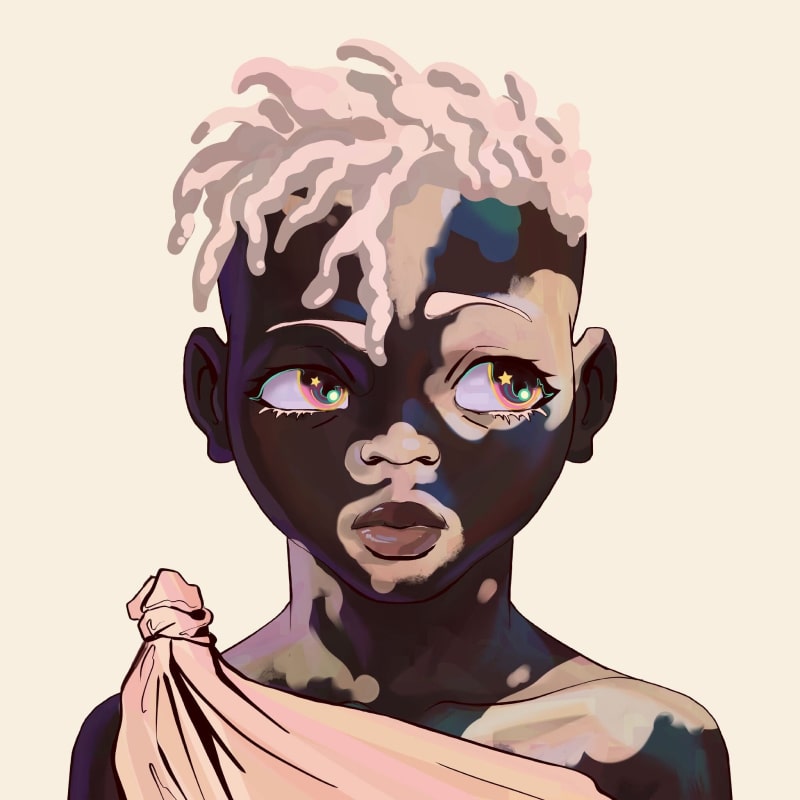 Jack of all trades...a master of none...but oftentimes better than a master of one.
thel0stb0y 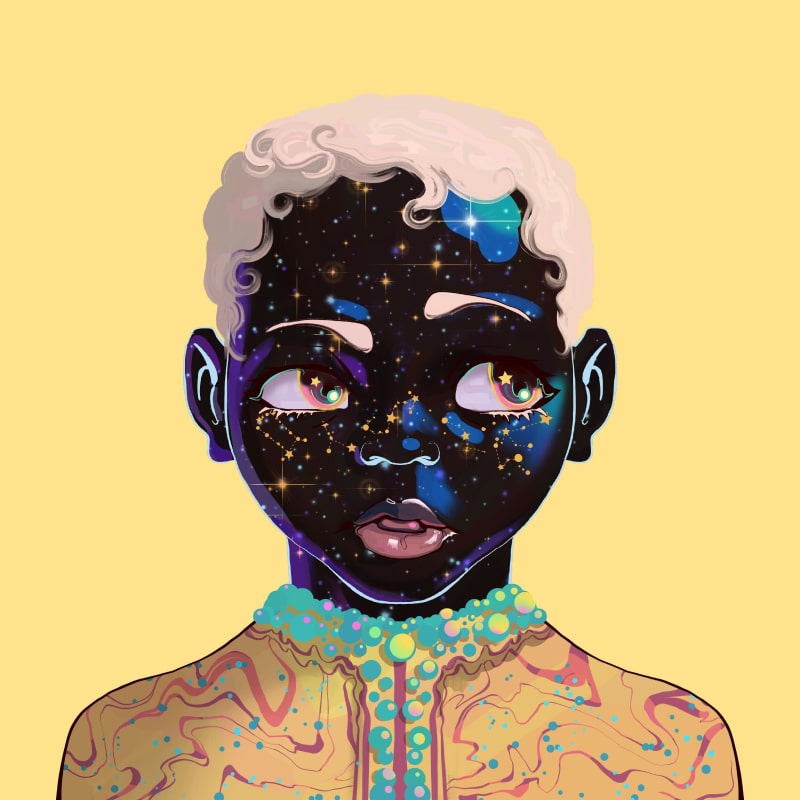 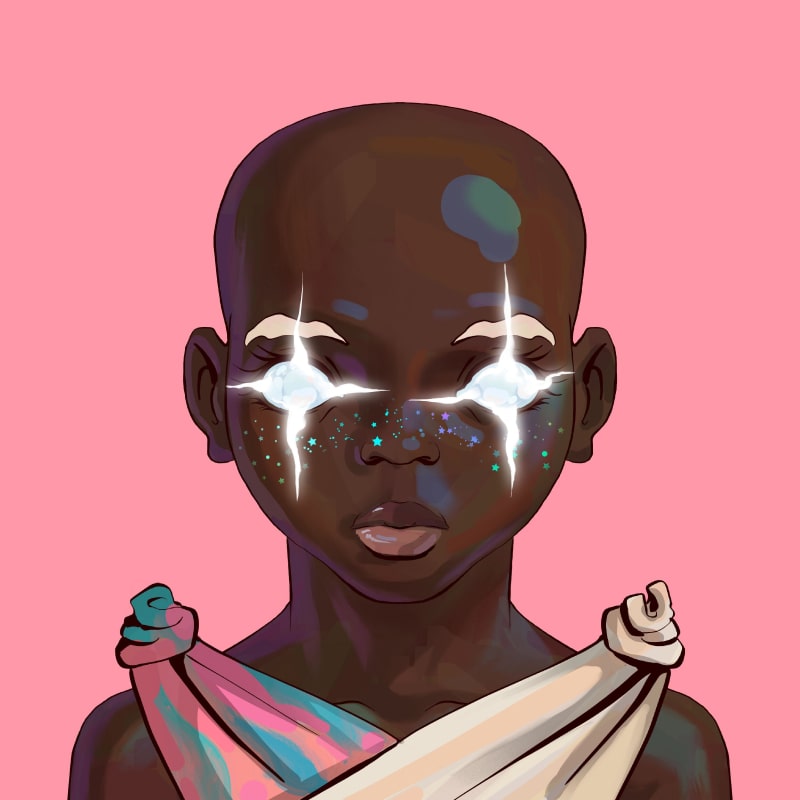 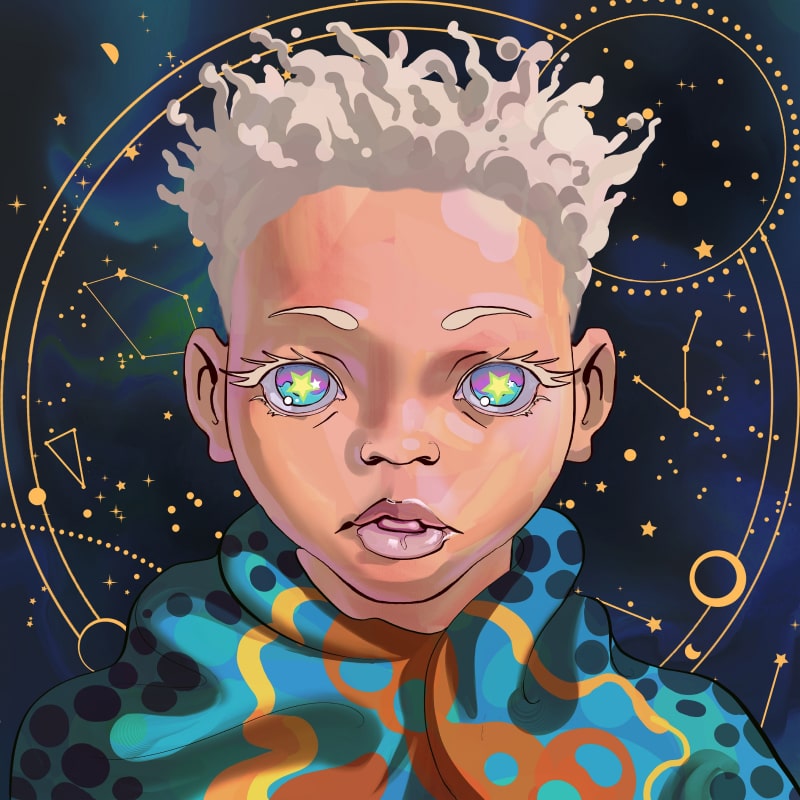 What is a NFT?

Non-Fungible Tokens (NFTs) are units of data on a blockchain that certify the uniqueness of digital goods. Non-fungible means they are not mutually interchangeable and cannot be replaced or exchanged with one another. You can think of NFTs like digital files that hold specific information. Learn more about NFTs here.

What does my Afropolitan NFT do?

Your Afropolitan Citizen NFT gives you access to our platform and events. You will only be able to access our community platform with your NFT and sign up for events using your NFT pass. This will serve as your identity in the network we are building.

How do I get an Afropolitan Passport NFT?

To get an Afropolitan Passport NFT you have to buy one on our website on the date the passes go live. You can either buy one with your credit card or buy one using an ethereum wallet. When we get closer to the date of the release we will share details on the price of the passport.

Where will the community live?

Is there a guaranteed mint allowlist?

Yes, for people who fill out an application, and are accepted will have access to mint one NFT. We will confirm the date that you will be allowed to mint.

What are the maximum mints per wallet?

One mint per wallet is allowed per allowlist winner.

What are the funds being used for?

The funds will go into the community treasury to power the digital nation that we are building. This network will be providing value directly to our members. Some of the things we will be using the funds for is to create an app where community members can connect, and network with one another. We will also be hosting curated events throughout the next year. Finally, some of the funds will be used for operating the team. This team will be focused on partnerships that help accelerate member's careers, or businesses.

What if some winners on the guaranteed mint allowlist do not mint?

We will alert you via hello mint if you are moved from the waitlist to the guaranteed mint to mint a NFT.

How are the 500 NFTs are distributed?

All applicants who are accepted have an chance to mint. The earlier you apply and get accepted, the better your chance to mint a NFT.

Will the NFTs be revealed right away?

We will do a reveal livestream for everyone to see their new NFTs together!

The Afropolitan network is open to anyone who believes in our manifesto. While our target audience is Africa and the diaspora, we want to build a new world where all types of people come together to build a powerful network state.

Afropolitan is creating a Digital Nation to enable all Africans to build abundant lives.

We are building a network comprising the best that Africa and the diaspora offer across art, finance, tech, health, energy, sports, and media. The Afropolitan Network is a Curator of Black and African:

Nevertheless, we believe our reach should exceed our grasp. While it may be a humble Network today, Afropolitan will be the first-ever internet country in the future. But we’re getting ahead of ourselves. First, you may be asking: why build a Digital Nation?

Why we’re building a Digital Nation

Each generation must, out of relative obscurity, discover its mission, fulfill it, or betray it.

Scarcity. Weakness. Poverty. Wherever we look and wherever we are, Africans worldwide are subjects, not citizens. Access to opportunity is scarce. Security is not guaranteed. For the most part, life is just about surviving, not thriving.

What would you do if you could do anything? If your future was boundless, not bounded? What if your allegiance to a country did not depend on birth but on choice? In short: What would happen if you could come together with others to build a new society?

We know what you’re thinking: “This is unrealistic .” Everything around you, from the machine on which you’re reading this manifesto to the country you live in, was once an idea in somebody’s head. They only came to be thanks to the work of millions of people, no more intelligent or better than you.

In this spirit, and with humility and hope for the future, we Afropolitans declare:

To all future Afropolitans, our deal is simply this: join the Network of Abundance to be all you can be. Afropolitan is the canvas; you wield the brush.

Strategy: How do you build a Digital Nation?

Human beings are social animals. All that is good and noble about us stems from the fact that we need each other. In the most basic sense, building a new country is a process of scaling a social network around a shared mission and principles. Social networks are formed online and tend to stay there in our time. But what if we built a new network and migrated it into the real world via a city (or Network of cities)?

Crypto-philosopher Balaji Srinivasan highlighted this as the most viable strategy to build such a country — which he calls a Network State — in the 21st Century. The Network State is a digital nation launched first as an online community before materializing physically on land after reaching critical mass.

The internet enables people to organize around shared values at scales that were previously unthinkable before the current century. If it were a country, Facebook would be the largest one globally. With the advent of cryptocurrency, the next Facebook will not be a social network with a passive online community but rather a full-blown digital republic coordinated by its native currency and a unifying mission.

What, then, could Afropolitan be? If it were a country, the African diaspora would be the 10th largest globally (~ 150 Million). The diaspora is our North Star.

We will do so in four phases:

In Phase 1, we seed our Network by communicating a clear and energetic vision for the world we want to build. We will drop an NFT campaign outlining mythology for our new nation. Afropolitan NFTs will also grant members a digital passport, alongside access to events and future value-added services.

Phase 2: Come for the Network, Stay for the Tool

Speaking of value-added services: Beyond the diaspora, scaling the Afropolitan Network will require providing maximal utility to our members. In Phase 2, we will launch the Afropolitan Super App to bring together all the utilities within the Afropolitan ecosystem under one roof. Members will be able to monitor their holdings, send money to anyone across borders, earn by contributing to the DAO, and buy goods and services. Most importantly, they will be able to watch the Network as it grows around the world, thanks to a native media feed. The whole thing will feel like a movement.

Phase 3 is about preparing for our transition from the digital to the virtual. Our goal at this stage is to build up legitimacy through state capacity. We will create a network of seed institutions to govern our Network, including subsidiary funds, organizations, and a developing internal economy.

Finally, in Phase 4, we leverage the Network, capital, and legitimacy accrued over the last 3 Phases to acquire land in negotiation with partner governments. The land piece will look like a “Chinatown/Afropolitan Town” where our members can establish a physical presence and create economic opportunities. At this stage, the Network State will serve as the “digital capital” which governs our physical Districts. Eventually, we will build a more extensive network of Charter Cities akin to Singapore and Hong Kong.

We are embarking on a long and taxing journey. Our destination may be clear, but the path is uncertain. As we launch Phase 1, Afropolitan is looking to onboard the most dedicated and ambitious people to join our Network. We care less about what you’ve done and more about who you aspire to become and how we can all be better together.